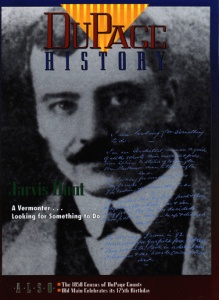 Read the Jarvis Hunt story and others in Volume II of DuPage History.

Other articles in the same issue are: